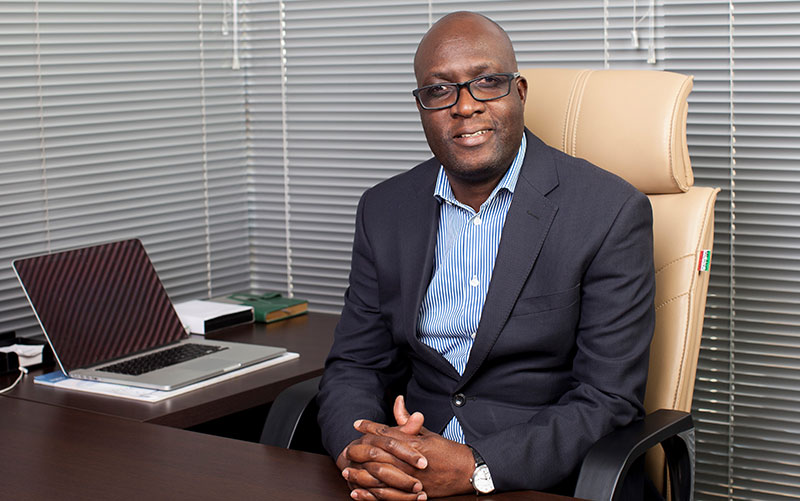 EMERGING out of British multinational oil company BP’s Zimbabwean assets, ZUVA Petroleum epitomizes the mythical cyclically regenerating long-lived phoenix. Linked to the Sun (interestingly the word ‘Zuva’ is the Shona equivalent for Sun) the mythical phoenix is said to get a new lease of life by arising from the ashes of its predecessor.

ZUVA Petroleum came to the fore from BP and has risen to become Zimbabwe’s biggest integrated energy company. And through its BP lineage, ZUVA boasts of over 80 years of operation in the country. In business folklore, however, companies revive and thrive on the back of transformational leaders, and for ZUVA this leader has been its Chief Executive Officer, Mr Bethwell Gumbo.

Mr Gumbo, who has been with the company since its establishment, has led ZUVA into the current market leader together with his team of executives Zwelithini Mlotshwa the COO and Josephine Zvirevo the CFO.

“Zimbabwe consumes over four million litres per day and at the heart of all this lies ZUVA Petroleum. The company’s focus on innovation, and delivering the best quality service and products in a safe environment is unrelenting.

“We have the technology, expertise and capacity to make sure that we continue playing an integral part in driving Zimbabwe forward,” said Mr Gumbo. (this statement seems out of place)

As the country’s largest petroleum companies, ZUVA boasts of an extensive national footprint. The company has not only maintained the assets left by BP-Shell, but has extensively expanded them. Consisting of over 70 retail service stations that continue to grow on the back of a robust franchising programme. The franchising initiative is a deliberate strategy by ZUVA to mainstream indigenous entrepreneurs by offering them an opportunity to manage and run service stations.

With Bethwell Gumbo at the helm, the company moved from a distant fifth position to the top in the LPG and fuel retail in under seven years. According to the CEO, ZUVA now has the largest LPG market share and is working to have half of the market share in 2018.

“The major driver was the installations from 4 to 34 sites currently, that is, six bulk installations and 28 straight 4. The LPG initiative was well received by the network,” he said. “By year-end we will be having more than 50 additional installations in our network.” There has been significant progress in respect of volumes of other petroleum products as well.

ZUVA supplies, over 11 products including which include D500, D50, ULP, Blend, IP, LP Gas, lubricants, HFO, Avgas, JET, and Butane for cosmetics. The company’s lubes volumes has seen a growth of over 123% owing to an improvement in under bonnet checks. ZUVA Petroleum is now more than just petroleum and petroleum-related products as management sees growth in diversification. “We see a lot of opportunity in the retail industry, particularly the food sector. Retail is one of the fastest growing industries in Zimbabwe and although this has also led to the growth in the informal retail sector, we seek to maintain high standards of customer service which we believe will be our constant for success despite the prevailing economic challenges in the country.

The Zuva Convenience Shop which runs under the name “Presto” was launched in March 2016 and 5 shops have been rebranded so far. Our goal is to have rebranded 15 sites by the end of 2018,” highlighted the CEO.

But his leadership has not only been transformational in terms of ZUVA’s market dominance per se, but a real change in how the company capacitates its human resources. After all transformational leadership (in its ideal form) generates valuable and positive change within employees with the end goal of developing followers into leaders. “Rebranding played a huge impact, which has also resulted in us changing our culture. We are an entrepreneurial organization which is also reflected in our recruitment,” said Mr Gumbo. “We have a young workforce, with the bulk being in late 20s or early 30s.” And inasmuch as the company values its employees, it knows who is ‘’King”… “Customer service is our focus going forward which has seen us having new sections which focus solely on that. We also launched the customer service charter and our promise which will guide us,” he added. To date Zuva has scooped several awards including the recent NASSA’s Safety and Health at Work 2017 awards, Service Excellence Award from Contact Centre Association of Zimbabwe, Superbrand Award from Marketers Association of Zimbabwe and ZIMRA’s awards as the highest dollar value contributor.

ZUVA Petroleum re-brand from the bright orange color , which is typically associated with the Sun to the color green. In Ancient Egypt, green was observed as the symbol of regeneration and rebirth, and here in Africa, in Europe and in the United States green is the color most commonly associated with nature, vivacity and life. ZUVA Petroleum – again – got it spot on!!!