Zuva Shines at the NSSA Awards 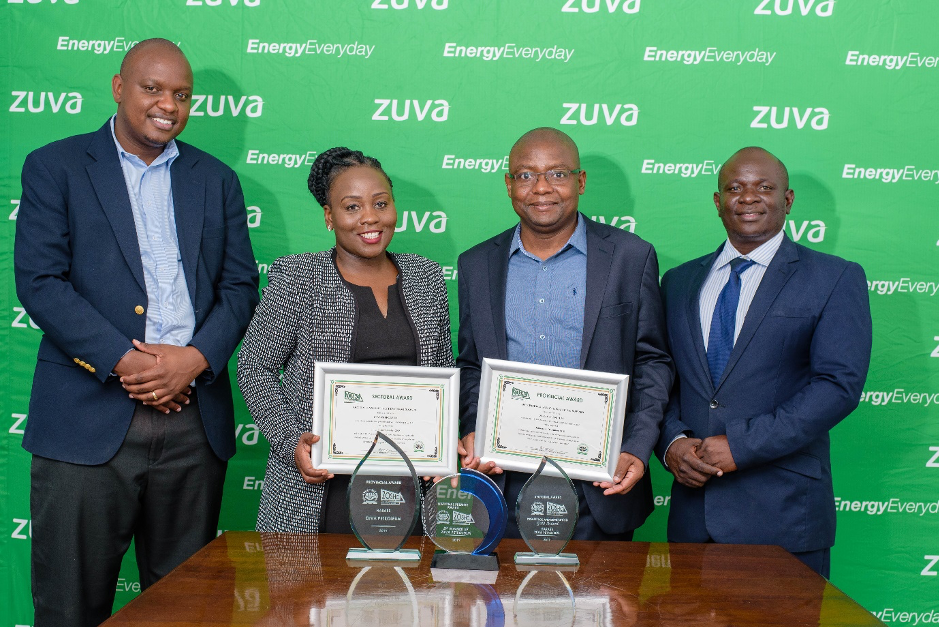 Zuva Petroleum is certified to ISO 45001:2018 (Occupational Health and Safety Management System), ISO 14001:2015 (Environmental Management System) and ISO 9001:2015 (Quality Management System). We value the safety of our employees, contractors, visitors and surrounding communities. As an organisation, we subscribe to the notion that all accidents are preventable and hence aggressively driving actions to meet vision zero, in line with the National Vision Zero drive.

Zuva Petroleum safety-oriented efforts are visibly evident from the current safety performance where we received three awards from NSSA. NSSA is the national board in Zimbabwe which regulates workplace Occupational Safety and Health (OSH) issues. They have the mandate to enforce the Factories and Works Act and its regulations which governs all OSH issues in Zimbabwe. In line with their mandate, they conduct ad hoc safety compliance assessments at all operational companies in different industries in the country to check for compliance with safety standards. The assessment looks at numerous safety checkpoints which are scored, and these include the existence of a safety management system, accident statistics, safety procedures and implementation through records reviews, site walkabout to review compliance, facilities availability and suitability among other things.

NSSA awards top performers from different sectors, at provincial and national levels. Best performers get the Gold award, followed by Silver award and then Bronze award. Thus, Zuva Petroleum was subjected to the same assessment and the BEAMS of Zuva SHINED winning a second TREBLE in 2019 as follows:

We are so proud of this achievement and would like to extend our sincere gratitude to all Zuva staff and all other stakeholders whose efforts and commitment to excellence are priceless.